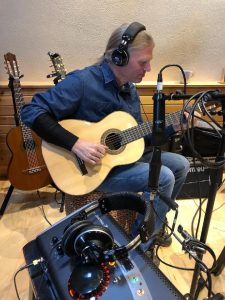 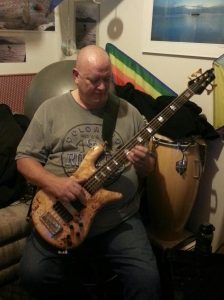 Jeff Andrews – Jeff is a guitar instructor at Glenwood Music. He enjoys playing various genres from Jazz, to Blues and Rock. Jeff has shared stages with Buddy Guy, Lonnie Brooks, the Fabulous Thunderbirds, and Joe Bonamassa. He is looking forward to his next musical chapter alongside friends Bruce Imig, and Pat Winger with the Jeff Andrews Trio.

Pat Winger, (Steel/Nylon String Guitars)- started playing guitar at age 6 and learned by watching and listening. By age 14 Pat was playing in bars and clubs for dances and social occasions, mostly variety music. (country, rock, pop, polkas, waltzes) After high school he went on the road for a number of years with a Filipino band playing mostly top 40 dance music and some Polynesian music. Pat free-lanced playing everything from solo jazz guitar to concerts with a Southern Baptist Choir. an Iranian band playing Persian and Arabic music and then with a serious blues band. After moving out west Pat started playing mostly acoustic guitars (nylon and steel string) and is continuing to explore many musical styles.

Bruce Imig began playing bass at the age of 9. Growing up in Boulder CO., he was introduced to a wide variety of music. Moving to the Roaring Fork Valley in 1977, he has been a part of many different musical genre. ” I feel very fortunate to have played with many different song writers. Every musical experience helps you grow and learn,and that’s what it’s all about.” GrassRoots TV is the country’s first and oldest community cable television station.